Charles Harbison is a fast-emerging young name in the business of fashion. He launched his eponymous brand, HARBISON, in 2013. His modern, gender-neutral designs have already caught the eye of some very big names, including Michelle Obama and Queen Bey herself, Beyonce. A few years ago, I was staying at the Hacienda AltaGracia in Costa Rica before it had officially opened. Different circumstances had brought Harbison to the same hotel. As two of the only guests, we quickly began to strike up a conversation.A Passion for Passion Despite working in different worlds, we found that we have a lot in common. We bonded in particular over the experience of growing a brand as a creative professional. At the time, I was working hard to grow Global Image Creation. As much as I loved the work, the marketing side of my own business was a big challenge. Harbison had transitioned from being a designer at somebody else’s label to running his own label only a few years before, and he was still very intentionally building his own brand. Harbison told me that his journey to becoming a fashion designer had not been a “seamless track”. He initially started his studies in architecture at North Carolina State before being drawn to fiber arts. Later, when he was working in New York City as a textile designer, his best friend asked him to create her wedding dress. Harbison said, “I just fell in love with the process, and I also fell in love with her reaction.” He credits this as the moment that cinched his decision to become a fashion designer. Walking With Giants After studying fashion design at Parson’s, Harbison worked as a women’s designer for big names in the fashion industry, including Michael Kors, Billy Reid, and Luca Luca. In 2013, he launched HARBISON, a luxury fashion brand designed for men and women who embrace both their femininity and their masculinity. Harbison’s transition from making clothes to becoming a brand was, in his words, “a difficult and a muddy one.” 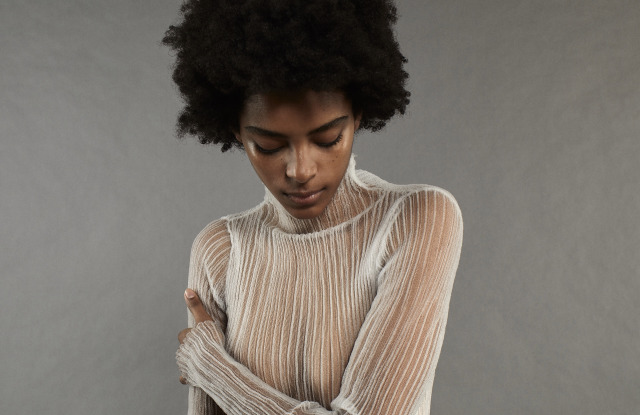