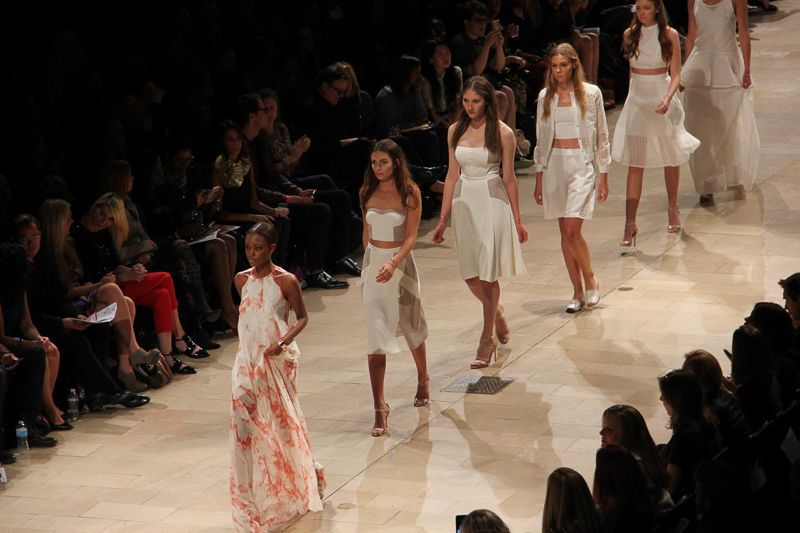 Ecstatic and overwhelmed, New York-based designer Daniella Kallmeyer told us that winning the Saint Louis Fashion Fund Emerging Designer Competition “has brought new life into the brand” for her four year old business. Taking home the $15,000 grand prize at their inaugural design competition presented by Brown Shoe Company was just one part of the Saint Louis Fashion Week experience. She spoke about the people that she met and relationships she plans to grow. The day of the show, all six finalists made up of local and international designers met with the judges to present pieces of their collection. There was also the opportunity to talk candidly about the collection and be transparent about the business while receiving feedback and insightful knowledge to help grow their companies. This lineup of judges included Fern Mallis, Refinery29’s Editor-In-Chief Christene Barberich, Gary Wassner of Hilldun Corporation, fashion legend and designer Stan Herman, designer Tess Giberson, Senior Fashion Director for Saks Fifth Avenue Colleen Sherin and VP of Marketing for Naturalizer Marci Ranger. For Kallmeyer, it wasn’t just about sending looks down the runway. Participating in Saint Louis Fashion Week was “a way to connect with a new customer. It’s not just about NYC or LA. It’s about a real women’s wardrobe.” And that it was. The collection was clean, minimal and distinctive. She had her way with pleats that were shown on kilt skirts, tops and a long sleeve shirt dress. There were gracious looks like a white crepe wide leg buckle trouser and crisp poplin off the shoulder tunic. And, her terra-cotta silk lined trench was just icing. Kallmeyer plans to use the funds to expand the assortment and potentially hire help. She wasn’t the only one that walked away with a cash prize. Charles Harbison, another New York-based emerging designer won the impromptu second place prize of $3,500 that was donated by Gary Wassner of Hilldun Corporation after seeing the strength of designers and felt that there should be another winner. The four other finalists included: Collina Strada, Remi Canarie, Jessie Liu and Wai Ming who all showed their collections side by side the other winners. 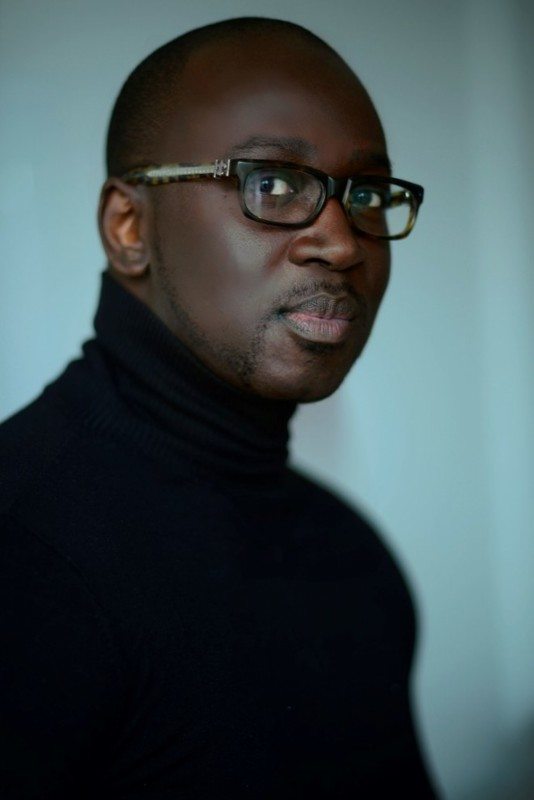 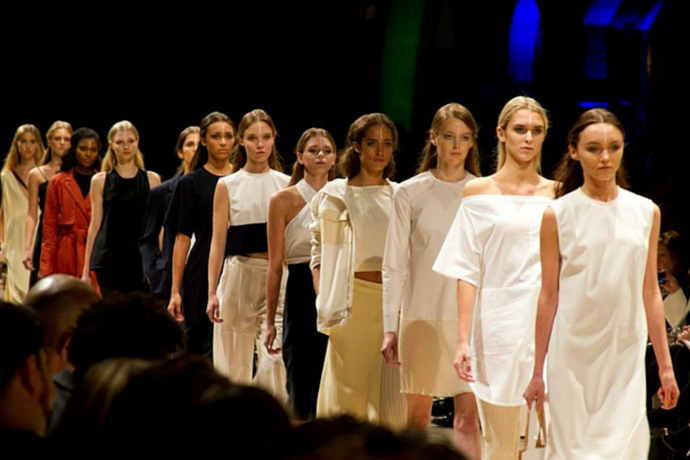