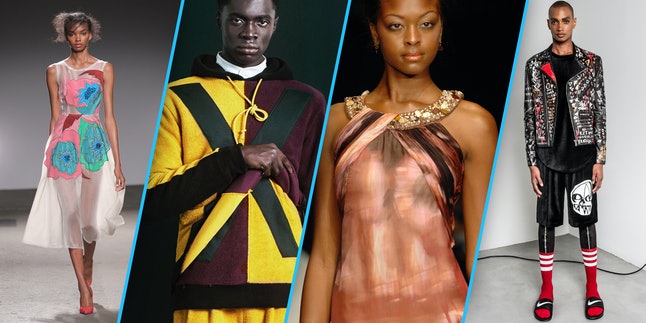 Charles Harbison is a designer whose work has made headlines time and time again, gaining much fanfare after Beyoncé and Solange Knowles donned his looks. For the exhibit, he has donated a mosaic colorblocked overcoat from S/S 2015, which he says was inspired by “zen gardens, Brice Marden, Erykah Badu and Nica Rothschild.” He has no qualms with being identified as a black designer. “I embrace it,” Harbison said in an interview. “In that all the references and cultural ideologies I hold dear get to be reflected in my work. That’s such a privilege. I don’t find it stifling.”