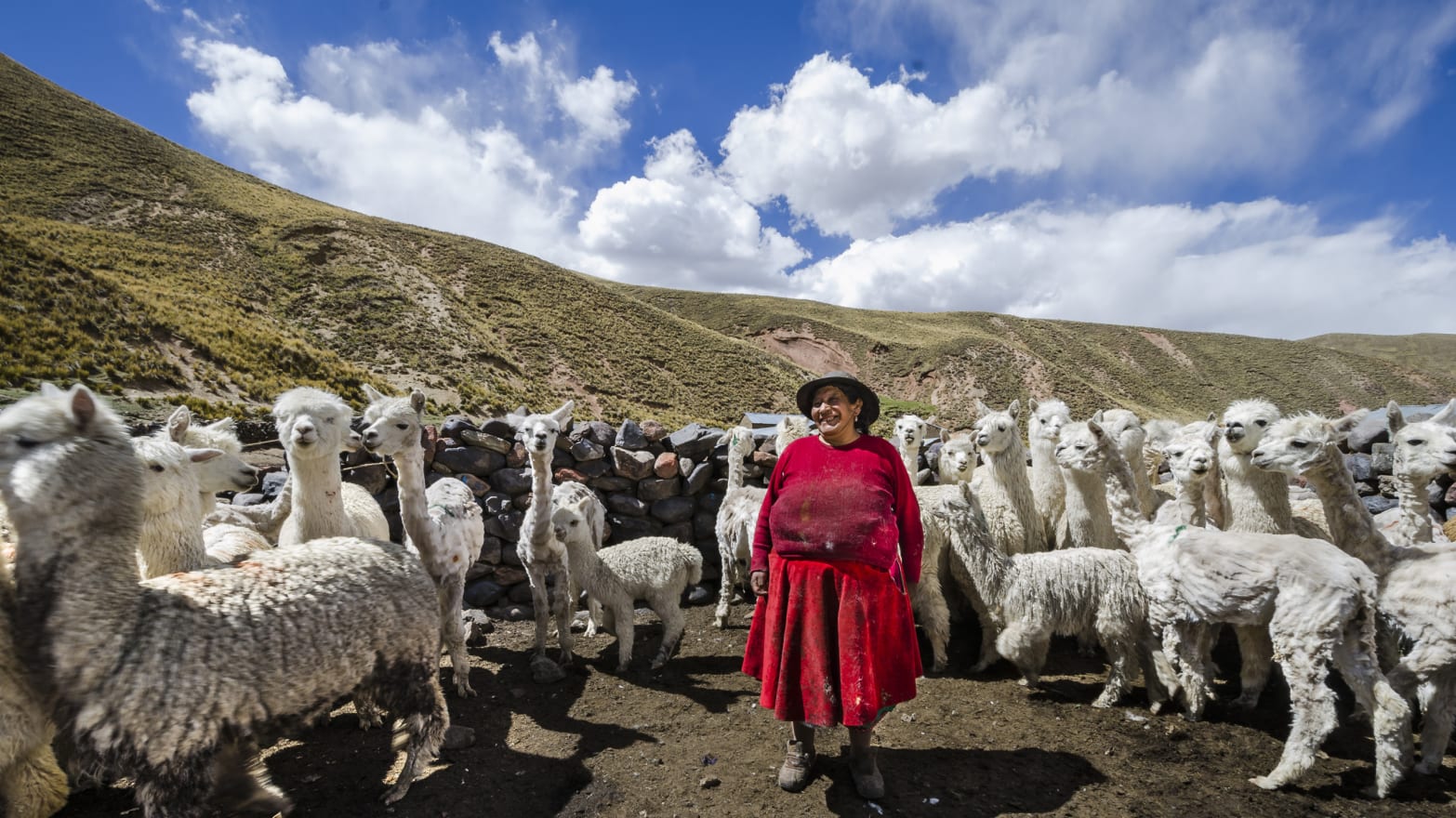 Put Down That Cashmere. There’s a New Luxury Wool in Town

Five designers—Antonio Azzuolo, Charles Harbison, Caitlin Wiman of Rachel Comey, and Timo Weiland, along with his namesake brand’s head designer, Donna Kang—traveled approximately 3,914 miles from New York to Peru in late November to see the entire alpaca production process firsthand. The six-day trip immersed them to all facets of the industry, from meeting the indigenous farmers who herd the animals and shear their fur in the Andean highlands to touring the factories where workers and machines process the fiber and turn it into yarn, all the way to seeing the final step, where the alpaca is woven together into finished garments, ready to be shipped to stores.“This trip was meant to immerse New York-based designers with a direct connection to the Peruvian alpaca manufactures, local herders, and overall Peruvian culture,” said Conrado Falco, the director of the Trade Commission of Peru in New York. “Our goal is to bring global awareness to a Peruvian textile industry.” There’s good reason that Peru wants the world to know about its alpacas and their higher-priced, protected cousin, the vicuña. About 3.5 million of the animals call the country home—making up approximately 80 percent of the world’s entire alpaca population. Peru exports $175 million of the luxurious fiber annually, and it also makes up part of a $2.1 billion textile and garment industry—one of the country’s largest sectors. It’s not just the fiber’s high quality and earning power that the Peruvian government touts; it also has the power to help the country’s indigenous populations, many of whom suffer from poverty. At least 50,000 families in the Andean highlands rely on herding alpaca for income and to sustain themselves.